My cool new T-Shirt from Oaklandish 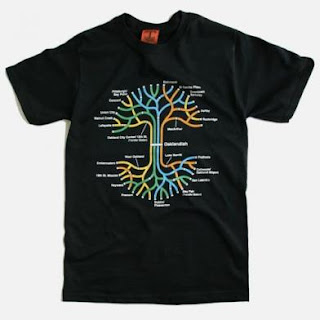 Got my cool new BART Tree T-shirt from Oaklandish today.
Oaklandish is a great organization celebrating their 10th anniversary. They exhibited my Map of San Francisco back in 2004.
Posted by Tofu at 12:02 AM No comments:

Photos from the opening of the Americana Show at Tangent Gallery in Sacramento. 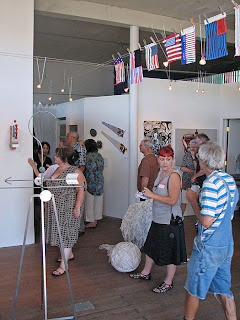 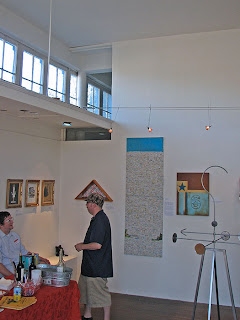 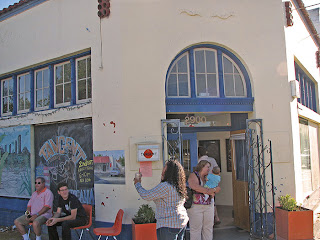 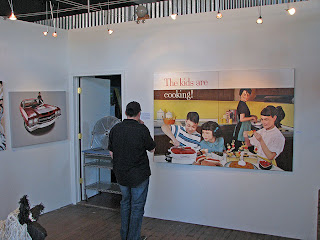 4400+ Hometowns to be shown in Sacramento

In March of 2004 I began this piece to memorialize the American servicemen and women killed in Iraq. Each of the fallen has been represented by his or her hometown cut out from a map. It is still a work in progress with over 4,400 hometowns. There are big cities and small towns and everything in between. Communities from all over the United States have been represented in the piece. Many communities have lost more than one person in Iraq. Those cities and towns are represented multiple times.

During July, Starting on July 10 this piece will be included in the Americana show at Tangent Gallery in Sacramento, California. 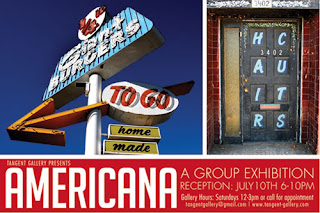 Treasures in the attic 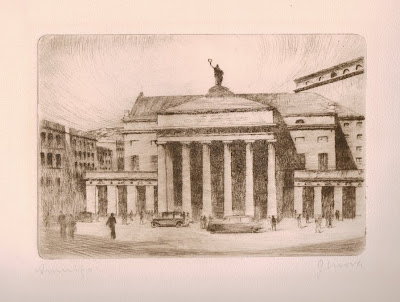 After a trip to the East Coast it's time to sort out the mystery art found in the attic. This 1930's etching of the Teatro Carlo Felice in Genoa, Italy. is one of the finds. I still can't make out the signature of the artist.

Then there was this landscape by the Brazilian painter Reynaldo Manzke. When I took apart the frame there was the mystery, unsigned painting behind it. German expressionism? 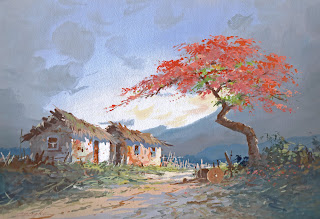 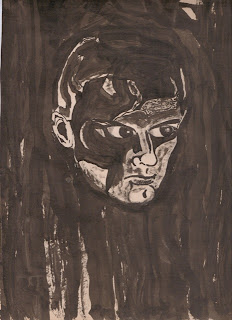