The Trouble with Fort Gay 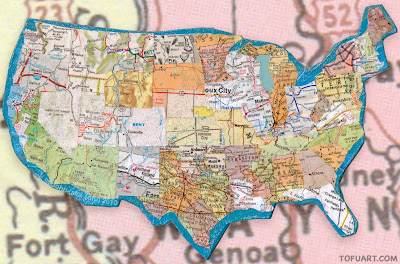 In case you missed the story earlier this week, an online gamer had his account suspended by Microsoft because they thought he was being offensive when he listed where he lived in his profile. He lives in Fort Gay, West Virginia. When he contacted Microsoft he was unable to convince tech support to just google the town's zip code and see Fort Gay was a real place.

Microsoft has since admitted their mistake, but this brings up a bigger issue. It is shocking how pervasive the gay agenda has worked its way into place names all over America. I made a quick little collage, couldn't resist using extra glitter and found places from Wanker's Corner, Oregon to Fort Dick, California onto the Big Wood River in Larry Craig's Idaho. Just what goes on at the Flaming Gorge in Wyoming? Gay Hill, Texas, Gay, Michigan, Gay, North Carolina, Gays, Illinois and Gay Mills, Wisconsin. I've never been to Bruceville, Indiana, but safe to say they're light in the loafers in that town. And not far from Fort Gay, West Virginia there is Pounding Mill in Virginia and the Pretty Boy Reservoir in Maryland. It's no surprise in the shamefully shaped Florida there is a town called Reddick.

When will the teabaggers do something about this and get rid of all these offensive names? Perhaps they can rename all these salacious towns with names like Reaganville, Reagantown, etc.? At least our children are safe for the moment, as nothing even remotely resembling geography is taught in American schools.
Posted by Tofu at 6:07 PM 1 comment: 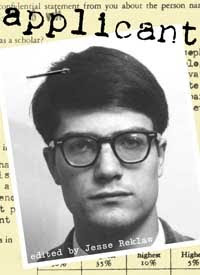 This weekend's Zine Fest was a great alternative space to find some new art and reminds me why I always looks beyond conventional galleries.

I got a couple of copies of Jesse Reklaw's little book applicant. In his own description: "See what no one was supposed to see again: pictures of hopeful students, accompanied by unflattering, behind-doors quotes from their professors and employers. Distills the essence of a bygone era from a dumpstered stash of confidential biology applicant files circa 1965-1975." Also found some groovy little buttons made out of old MUNI Fast Passes. Was very tempted, and really need to get one of Oakland artist Benjamin Chan's cityscapes.

The next event to watch for is A.P.E. (Alternative Press Expo) coming up in October.
Posted by Tofu at 7:37 PM No comments:

Mapworks: the Map as Art 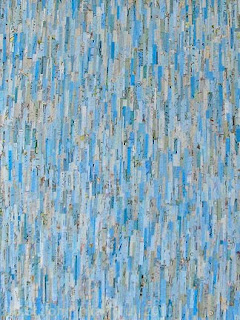 I have two pieces in a show this month up in Sonoma County.
I will be showing the new piece titled "Surf." This will be the first time this piece will be exhibited.

Mapworks: the Map as Art
Sebastopol Center for the Arts
6780 Depot Street Sebastopol, CA 95472
SCA is located at 6780 Depot Street, one short block north of Hwy. 12, and 2 blocks east of Petaluma Ave. 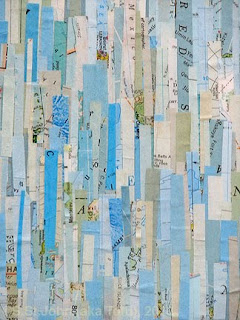