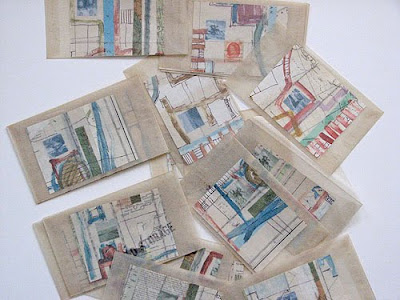 Today I mailed 62 small pieces of art. Each piece is a component of one, single large temporal work of art. The recipients have been instructed to place the work inside of a book and stick it on a bookshelf for an indeterminate amount of time.

The small pieces of art I distributed are not temporal art in themselves. But what the recipients are instructed to do with the piece of art will change the nature of the piece and transform it into temporal art.

My Inspiration
When I was five, my family moved into a Victorian house with a large wall of bookcases. I come from a family of readers, but at that point my parents had still not accumulated enough books to fill all the shelves. My dad bought tons of old books on the cheap at places like the Goodwill. Leather bound volumes of old novels, almanacs, encyclopedias, etc. Eventually I discovered the joy of paging through those old books looking for hidden “treasure.” There is something magical about a pressed flower or leaf that has been hidden for nearly 100 years. Occasionally I found the odd photo, letter, postage stamp, calling card, etc. Those discoveries are still a joy to me. I myself am always leaving something in books. Now I have grown old enough to be amused when I find something I tucked away over 20 years ago. 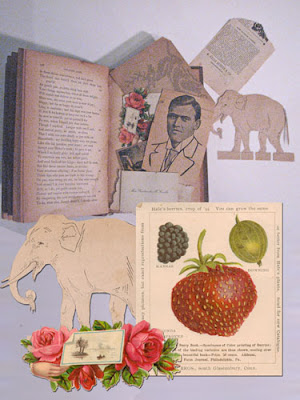 When you find something hidden in a book, it is like a small time capsule. Often those things are clearly from another point in time. The dated ticket stub is obvious, but even the envelope from ukulele strings seems appropriate when found in a 1925 yearbook. Recently I received a thirty year old atlas. Inside I found a hand written note with someone’s social security number. Clearly the note was from an era before we had terms like identity theft.

Below are the instructions sent along with each small piece of art.

Instructions
You have received one of a series of 62 pieces of art created during the final week of 2010. The mailing envelopes were sealed and mixed before they were addressed. The piece you were sent was selected at random.

1. Take the enclosed piece of art and keep it in the glassine envelope.
2. Place the envelope between the pages of one of your books.
3. Stick the book back on the shelf and forget about it.
4. Discard and/or recycle the enclosed instructions.

At some point in the future you may find this piece of art again. Years from now it might bring you back to the point when you placed it in a book. Or perhaps someone else will find it and wonder, what does it mean and why is it in the book?

The pieces
There is a map element in much of my work. For this piece I created 62 mixed media collages on vintage nautical charts. The charts are dated 1945. I purposely chose nautical charts as their use requires a keen sense of space and time. Each piece also has a postage stamp size image affixed to it. There were six different images used. Each generated during my 2010 trip to the Southwest. The images are also reflective of time and space. They include the remains of an 800 year old structure to measure time and a radio telescope. 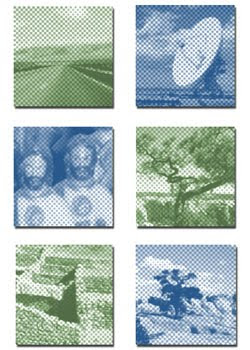 The Next Phase
It’s hard to predict when and if ever these pieces will re-emerge. In the meantime I envision making additional pieces of this nature. The next step might be a collaborative work where a number of artists created small pieces to be swapped and then placed in books.
Posted by Tofu at 7:58 PM