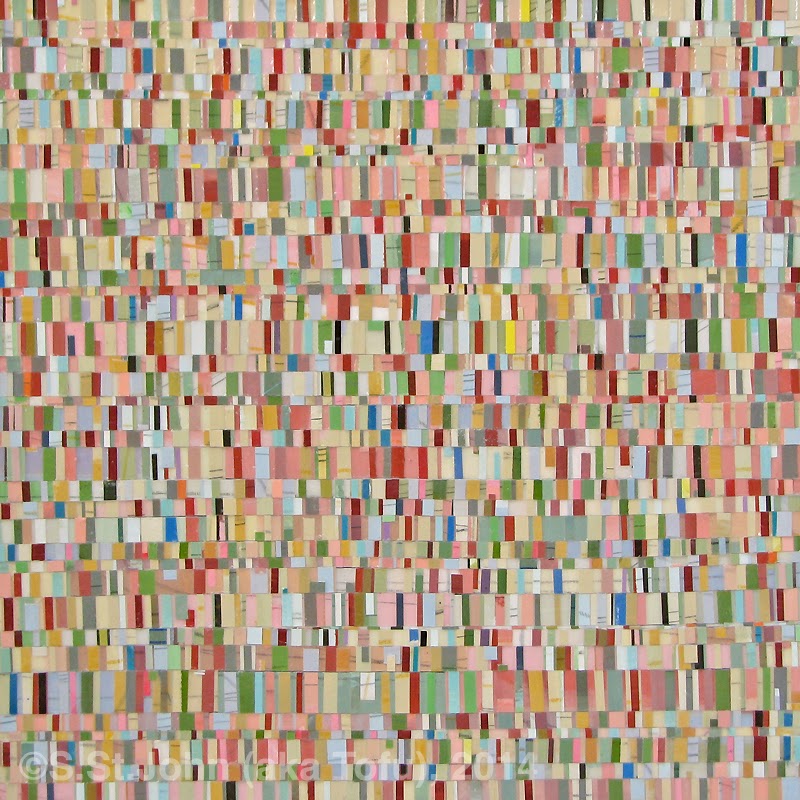 Homage to Rousseau, 12”x12” mixed media on board

This piece is an Homage to Rousseau (not the philosopher nor the painter, but the San Francisco architect.)  Oliver Rousseau designed understated, beautiful and livable homes starting in the 1920’s.   They could be described as the descendants of Arts & Crafts and Mission Revival styles of architecture.  Not every Rousseau in San Francisco is an actual Rousseau – he influenced many architects and developers in San Francisco and throughout California.  Some of the copies are quite good.  A closer look and you’ll notice the attention to detail in a genuine Rousseau.  If you step inside you’ll find more to appreciate from the hand painted beams on coffered ceilings to the small interior courtyards.

When one thinks architecture and San Francisco, the Victorian is what immediately comes to mind.  It’s understandable, as Victorians are the colorful, picturesque, tarted-up houses on every postcard.  But even in my neighborhood, where tourists flock to Alamo Square, there is another type of ubiquitous San Francisco home – the Rousseau.  They are everywhere in San Francisco, but they are more common in the “newer” San Francisco neighborhoods from the Marina to Glen Park, but particularly in the Sunset.  Tourists haven’t learn to appreciate our Rousseaus, but a trip to West Portal and a stroll along 17th Avenue is a good introduction to some of the most pleasant architecture San Francisco has to offer.

Homage to Rousseau  will be shown in my Collagescape exhibit opening on July 29.

A print and other merchandise is based on a detailed section of this work and available form Society 6.